The UOL also administers the Junior Ukrainian Orthodox League, which is composed of youth ranging in age from 12-18 years.  The Jr. UOL elects its own Executive Board and participates in the Annual UOL Teenage Conference, the Annual UOL Convention, and other youth related activities.

Major projects of the Senior UOL include administration of Metropolitan John scholarhips for seminarians and clergy; awarding the Lynn Sawchuck-Sharon Kuzbyt scholarships for Juniors; planning educaitonal activities including conferences, seminars, and lectures; sponsoring programs for pre-teens and their parents; sponsoring week-ends for young adults to gather; promoting missions activities in local parishes and communities as well as aid programs for communities in need in Ukraine and elsewhere in the world.  The offical publication of the UOL is the UOL Bulletin, available online.  The UOL also publishes a variety of religious and cultural educational materials.

MISSION OF THE UOL

Developing and maintaining programs and projects which educate members and promote dedication and commitment to the Church, Her teachings, traditions, and missions.

Providing opportunities for the development of leaderships skills and responsibility among the youth of the Ukrainian Orthodox Church of the USA.

Providing and promoting informaiton on Ukrainian heritage and history to the general public and establishing means which ensure the continuation of cultural awarness and pride within our membership. 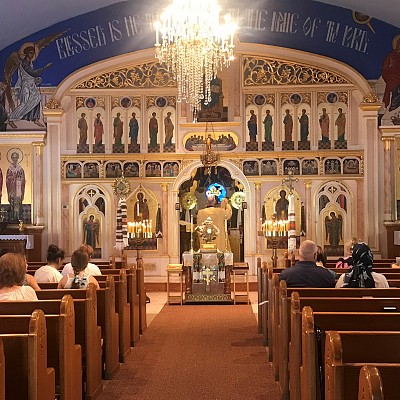 Faith Encouraged Daily
Living a Purposeful Life in Jesus Christ Day by Day - Each day provides a short reflection to encourage you in your Orthodox Christian faith.